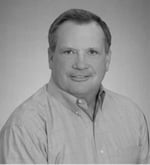 David manages Wyoming's service operations and sales functions. Starting out in the industry, David jumped in with both feet – owning and operating his own successful mechanical service business in Montana from 1974 to 1985. In 1985 he decided to sign on with Johnson Controls in Wyoming and through the years held positions as a Digital Controls Technician, Applications Engineer, Service Manager and Owner Direct Sales Representative. He joined LONG as an Owner Direct Account Manager in 1998 and has been living the LONG life ever since. In his spare time, David is an Arborist. He and his wife Bev enjoy most outdoor activities – especially when they involve his three daughters, son, and four grandchildren.

Clean and Improve Your Air with AtmosAir Products
This article was written in conjunction with our partners at AtmosAir. As occupancy rates rise in major cities and workers return to the office in eve...Read More
By David Kenik on 05/05/22
Previous Next